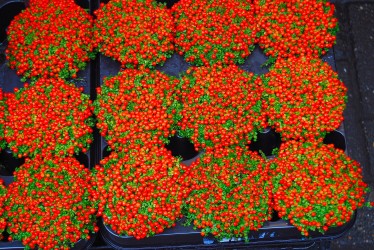 We had friends, my husband and I.  We moved to New Orleans from Texas–we always loved the city and after I had completed my master’s degree, we decided to leave everything behind in that West Texas town and move to the Big Easy.  We had an ongoing love affair with all things New Orleans from the moment we set foot in this place.  Things were jovial and we were ready for whatever life had to throw at us.  It was exhilarating and scary at the same time.  We were able to make a few friends when we first moved here and that provided great comfort and a social life for both of us.

We visited and partied with our friends constantly.  After all, New Orleans always has a party going on, even in the most dire of times.  Is it Wednesday?  Let’s celebrate!  A hurricane is coming?  I’ll grab some supplies and we can hunker down together.  We were taking this city by storm and having a fabulous time doing so.

Then, things were becoming stressful.  My husband was working the over-night shift at one of the hospitals here, so I would only see him in passing.  We still hung out with our friends, but I was quickly becoming stressed by not seeing my husband and was having a difficult time keeping a job.  I have been fired from more jobs than seems possible in the time we have lived here.  I used to chalk it up to my big Texan attitude, but have since realized it is something more.  Yet, we still maintained our friendships.  They didn’t judge–at least to our faces.

Little did I know, my mind was spiraling out of control.  I had just gotten a new job and was attacking it full force.  I was so proud of my new position and was dedicating all my time to learning more about the industry I was working in and trying to be the most creative, best employee they had ever hired.  I was also not sleeping.  I would work and do research and then stay up late watching ridiculous documentaries that would warp my mind.  Did you know that people with bipolar have a hard time sleeping?  (I think that sleep is also evasive for those who experience anxiety in general.)

That’s when I had my break.  I hadn’t been sleeping or eating and I was working out constantly in an effort to calm myself.  I was becoming a waif of a person and while I still thought I was fat, I looked like a skeleton.  I thought I was doing an excellent job for my new employer, but I had started to slip.  I wasn’t making sense and everything was running together.  I didn’t know if it was day or night, other than the sunlight or moonlight.  I wonder what I was really like looking in from the outside…

Our friends were trying to stick by me.  At this point, they fired me from my job for inconsistent behavior and that was within their right because I was still within the 90 day introductory period.  I didn’t realize I had been fired.  That was a Thursday.  I really lost my shit on Saturday.

I melted down and thought I might be dying.  That’s when my husband took me to the emergency room.  I was hospitalized.  Our friends stood beside us.  I got out of the hospital with a handful of medications to take.  Our friends stood by me, but I think they had started to question their involvement with us.  More drama happened.  I was sent back to Texas for about 5 months to recover.

When I came back, our friends were gone.  They had stayed in contact with my husband while I was on my sabbatical, but when I tried to contact them, they told me they didn’t have time to be bothered with me.  Even a couple of friends back in Texas walked away.  It was too uncomfortable for them, I suppose.

Long story short, I believe that the cream rises to the top.  If a friend can’t handle you at your worst, they have no business seeing you at your best.  So, it’s just my husband and myself living our life in the Big Easy.  It’s not so easy, but we have each other and I for one am a lot more hesitant when it comes to opening up to someone in real life.  I have to be.  I’ve worked too hard trying to regain my sanity to have fair-weather friends and my husband deserves a gold medal for sticking by my side as well.

We will make new friends.  It is just hard to make friends as an adult.  Hopefully, true friends are still out there to be had.  If not, I have the small few that have stuck around and have come to terms with the fact that those individuals that we called friends prior were never really our friends.  It hurts, but I have managed to move past those situations.

Have you ever lost a friend over a life changing event?  Have your friends stayed by your side through thick and thin?  Tell me in the comments! 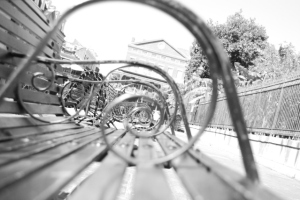 I have noticed a new trend in people’s vocabulary.  They like to say they are “so bipolar” when they can’t make a decision.  Drives me nuts.  Seriously.  If they had any inkling of what it means to actually have bipolar disorder, they wouldn’t throw that description around so loosely.  Perhaps I am overly sensitive, but I still think it’s inconsiderate.  But, people can be dumb and ignorant.  (Is that a redundant statement?)

I have similar feelings about people calling someone crazy.  “You’re so crazy…”  Ummm…thanks?  I had a number of boyfriends call me crazy during my undergraduate degree experience.  Perhaps I was, considering my current diagnosis.  Little did I know how hard I was going to drop my basket…

People just don’t think.  They find these words and think they apply to them when they have absolutely no idea what they actually mean to someone who is suffering from some sort of mental illness. Jerks. But, like I said before, people are ignorant. No one wants to find out the true meaning behind certain words, or even how to pronounce words correctly. An example that comes to mind is espresso. It is pronounced “ESPRESSO” not “EXPRESSO”. Sheesh. Even my spell check doesn’t like that word.

Perhaps I am overly sensitive, I am still trying to navigate life with a new perspective. But, that still doesn’t excuse ignorance. My husband actually reprimanded a friend for using the word “bipolar” when describing herself. I think his reprimand caught her off guard and she apologized profusely. She should have said she is having trouble making a decision.  So, maybe I’ll cut people a little bit of slack.  Maybe.

Also, people who describe the weather as bipolar.  Weather is neither manic nor depressed.  It has sunshine and rain and snow and drought.  Weather does not have emotions.  It has jet streams and ok, maybe it has tropical depressions, and the rain can be interpreted as crying.  But that’s not the point.  When you can’t make a decision, it doesn’t mean you have bipolar disorder.  It means you are indecisive.  The weather changing doesn’t mean it has a mental disorder.  It means it is the weather, wait 5 minutes.  You might be happier with the results.

I wish I could make a decision about whether or not I wanted to feel happy or sad on a particular day, but my brain doesn’t work like that.  I take medication to make my highs and lows not so severe.  It numbs me a bit, but it’s not as scary.  I’ll take that, but I would like some of that mania back.  Mania minus the psychosis.

Just think. Think about what you are saying. I suffer from this problem, too. I’m not perfect. But, I wouldn’t call someone crazy or describe them as bipolar. It’s just inconsiderate when you really don’t know what a person is dealing with, and if you do know what they are going through, why would you air their dirty laundry? That would make you a jerk, and I don’t associate with jerks.

Slightly inane ramblings of a wife, mother, and someone who happens to have Bipolar 1 disorder

Stories from on the rooftops ...

Finding Myself Through Writing

A True Story of Triumph Over Severe Mental Illness

The Dictionary of Victorian Insults & Niceties

Together we can give the nineteenth century a voice in the twenty-first century.

I was just getting seasick from seeing too much

Finding normality within Bipolarity. The inner musings of a chemically challenged manic-depressive. Mildly* asocial and a purveyor of awesome.

Beats Stumbling Around in Silence

-BOOKS AS ART~ART TO INSPIRE-

Taking a Walk Through History

No matter what, probe the bounds of possibilities, until you are tired, of course succeeded. (Short stories & Depends on mood)

Daily trials and tribulations of a woman with bipolar, PTSD and anxiety

Self-Love: It's Just Another Lifestyle Change

navigating this new parenthood and cooking my way through it

A Narcissist Writes Letters, To Himself