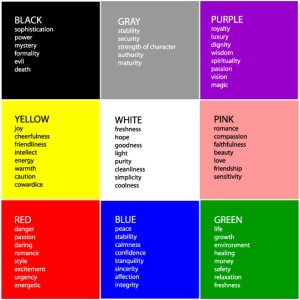 After my stint in the mental hospital, an intense level of paranoia overcame me.  It was paralyzing.  I was overwhelmed by the chiming of the church bells and a sense that my every action and thought was being observed and calculated.  I read into the songs that were playing on the radio and what was playing on the t.v.  I couldn’t escape from these “messages” that were being sent from outside sources.

One of the biggest things that triggered my paranoia were the cars that were driving down my street and following the car that I was riding in.  The color of each car had a different meaning and had a message to my impending demise or triumph.  I would sit on our balcony enjoying the sunshine and outside, and these cars would drive past our house.  I had a birds eye view of every car passing and I thought they all were observing me and my actions.

To say it was overwhelming is an understatement.  I would run inside and lock the door if I saw a particular color of car and hide in fear.  I didn’t trust the outside world at all.  My thought process for each color of car was as follows:

BLACK – This was a government car.  The Feds or local law enforcement were observing every minute detail of my actions.

RED – This car represented an emergency.  If I had gotten out of hand with something, they were there to enforce that I stepped back in line.  STOP what you are doing.  Fire trucks were the worst.

GOLD – This color of car meant I was “golden”.  I was behaving in such a fashion that was acceptable and my “caretakers” within the community were reinforcing that I was behaving how I was supposed to behave.

WHITE – This car was a signal that I was going to die.  It was sending a message that I was not going to overcome what was ailing me and sent me into an extreme spiral that I had no control over.  A popular song on the radio at the time was Perry’s, “If I Die Young” and contained the lyrics, “Bury me in satin”.  Satin to me is the color of a wedding dress – white.  It made sense in my head, but it was terrifying.  I didn’t want to die.  I still don’t.

BLUE – Blue cars didn’t really have much meaning for me.  I own a blue car, so it was more familiar to me.  There were times that the blue seeped into the black meaning, but it was only when the windows were dark tinted.  This car was not as paralyzing as the others.

GREEN – This car represented the people I was friends with at the time.  It meant they were checking up on me and making sure I was okay.  It didn’t pose a threat and actually gave me some relief when I saw this color of car.  I didn’t see green cars very often.

YELLOW – This car color meant proceed with caution.  Much like the colors of stop lights, it meant to be careful with what you are showing to the world.

I don’t remember seeing any other car colors during this time.  I am certain I did, but the other colors aren’t as popular and if I paid attention to those colors, they don’t stick out in my memory as anything threatening.

I liked spending time outside, as it was better than being holed up in a quiet house, but something as simple as going outside to smoke a cigarette was nerve wracking.  Perhaps it was my subconscious telling me I needed to quit smoking.  However, there were so many more connotations that I made up than simply stop smoking.  It was truly overwhelming.

I remember that prior to my break, the colors of the cars were starting to affect me.  When I was fired from my 6 week stint at my “big girl job”, I saw a gold car that I thought was following me home, making sure I got home safe.  In the hospital, I didn’t have any exposure to cars driving by, so I didn’t read into that trigger.  It wasn’t until I was released that the paranoia about the cars really settled into my psyche.

It took me a really long time to get over reading into the cars watching me.  When I look at car colors now, they don’t bother me, but I am reminded of what I used to believe.  I think this will always be something that triggers me.  I’m not paranoid now, but I can see myself reading into things again if I ever stop taking my meds or they stop working for me.  I pray they don’t stop working because I’m not going to stop taking them.  The paranoia was crippling and is no way to live.

I think the only thing that helped me get over reading into the color of the cars was time.  Giving my medications time to heal the damage that was caused to my brain.  Unfortunately, when you have a disorder like I do and have such an extreme break, the only thing that helps is proper treatment and time.  There is no easy fix or magic pill.  My medications take a while to establish themselves as effective, so it is never instant relief.

The one thing I know is that I never want to feel the way I did ever again.  Proper care and awareness about current feelings has helped me to become as stable as I am.  Sure, I still have bad days, but I’m not reading into things that aren’t real.  And, that is true progress.

Slightly inane ramblings of a wife, mother, and someone who happens to have Bipolar 1 disorder

Stories from on the rooftops ...

Finding Myself Through Writing

A True Story of Triumph Over Severe Mental Illness

The Dictionary of Victorian Insults & Niceties

Together we can give the nineteenth century a voice in the twenty-first century.

I was just getting seasick from seeing too much

Finding normality within Bipolarity. The inner musings of a chemically challenged manic-depressive. Mildly* asocial and a purveyor of awesome.

Beats Stumbling Around in Silence

-BOOKS AS ART~ART TO INSPIRE-

Taking a Walk Through History

No matter what, probe the bounds of possibilities, until you are tired, of course succeeded. (Short stories & Depends on mood)

Daily trials and tribulations of a woman with bipolar, PTSD and anxiety

Self-Love: It's Just Another Lifestyle Change

navigating this new parenthood and cooking my way through it

A Narcissist Writes Letters, To Himself